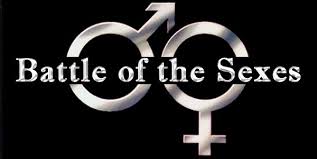 Did y’all miss me or nah? Well anyway, I hope you enjoyed your holiday.  Mine’s was interesting to say the least.  It started off as most family functions do; food, alcohol and sports.  From there, the subject came on men.  My brother in law wanted no parts, opted for a store run, but its Christmas night what’s even open, he was gone before realization hit.  That left me; outnumbered and unarmed.  My sister still very pro-“She”, talked about while I’m not the worst guy in the world, like many before me, I quiver at the prospect of monogamy and commitment.  That couldn’t be farther from the truth, I’m no lady killer.  I’m all for falling in love, getting married, making big headed babies, however I’m not going to just do so with just anybody.  I had my reasons for ending things with “she”, the allure of single life was not one of them.  Enter my aunt who enjoyed the bickering and talked about how her and my father did the same.  With that, she gave my sister the ammo she needed.

I was far too young to really grasp the details of my parents divorce, but my sister who was around 12-13 and already well wiser beyond her years knew much more.  She remembers the late night phone calls and exits, the unfamiliar perfumes, increasingly sloppy excuses. My mother did as well, yet she blinded herself to it, it was the man she ever loved since 19, the father of her 5 children, there were others after but they never stood a chance, 15 years after the divorce, her gravestone bears his name.  As my sister told her Ciroc-induced memoirs, one thing was clear, while she admires and loves my father, as a man, as a husband, she didn’t respect him.  It put things in perspective, while I never been too into her private life, I do know she has an absolute zero tolerance policy for BS.  She refused to become my mother.  With me, she fears I’m becoming that guy, but I’m not. Ironically enough, I learned from her.

I refused to be the guys she dated.  Her come correct or get corrected mantra was more than words and I remember guys standing foolishly on the doorstep wondering where they went wrong.  I remember lavish gifts on holidays by some poor soul who never really had a chance.  I remember after my first girlfriend dumped me, I was blowing up her phone trying to just hear her voice. I thought back to how my sister would hold out the phone as she laughed amongst her friends. I can’t go out like that. There are plenty of quality women out there for me to fret over a lost one.  I developed a low tolerance for BS as well.  Perhaps I gave on some too soon, others not soon enough.  Its one of those half empty/half full things I guess.

Back to last night’s debate, as she insisted I opted out too soon.  She thinks about my father who perhaps did the same, maybe he could’ve kept the band together if he so desired.  We could only speculate on what he truly wanted back then. It’s a grey area we all face, the difference between going after what you want and giving up on what you have.  Settling and accepting.  My father’s execution was poor no matter how you slice it but he at least didn’t go Tiger Woodsing, there was another woman he loved.  He had to make a choice, stick it out or pursue the new adventure.  My mother was a loyal beautiful woman so many can’t understand why he made the choice he did.  I had my choice, stick it out in my struggling relationship or just know when to fold em.  “She” is a good person, the first girlfriend my sisters really accepted as one of them, so they can’t understand why couldn’t I make it work.  They as women (who are constantly dismissing dudes, I could have fought back with that but I was drunk, my head hurt, should’ve went on the store run) see a good woman being left for no reason.  I see it as me putting myself first.  They see me as a jerk.  It’s one of those damned if you do, damned if you don’t things I guess.

4 responses to “Today’s Word is… DEBATE”